You are here: Home

To coincide with the visit of Barry Brickell to Dunedin and his exhibition at the Dunedin Public Art Gallery  HIS OWN STEAM: A BARRY BRICKELL SURVEY, the Dunedin Gasworks Museum is holding  series of Blacksmithing Demonstrations and Master classes that are open to the public. These are being held  in the recently restored Fitting Shop Forge.

These classes are being run by Nate Savill who has worked at Barry Brickell's Driving Creek Railway on commissions for the Barry Brickell Gallery.

Nathan Savill a.k.a. Nate the Blacksmith used to work as a journalist, until a series of events led him to Westport. Here he spent a year living in a barn without electricity and learning the basics of blacksmithing on a course designed to pacify Westport’s delinquent youth run by local blacksmith Robert Green
After a year in Westport, Nate returned to Auckland and enrolled in Unitec’s Bachelor of Design and Visual Art which he completed at the end of last year.
Nate has spent the last three summers running a coal forge at Barry Brickell’s Driving Creek Railway and Pottery in Coromandel. He has recently completed a large chandelier commission for Barry.
Nate has also worked for Andrew Drummond and Lou Purvis.
Using both coal and gas forges, Nate uses traditional blacksmithing techniques to create both functional and sculptural objects.

This class is 4 hours in length. It will explore all the skills needed to complete a simple project like a  fire poker, basic candle holder, coat hook, beer bottle opener.
You will learn the skills of basic blacksmithing  techniques - hammer, drawing out (tapering), twisting, bending, punching as well as fire management and hammer control.This course will integrate blacksmithing lore, basic concepts around tool use, forge use, and safety.
Every participant should go home with one small project

Here is the official notification from the Ministry of Steam. Join us for an evening of dancing and general frivolity and splendidness. Captain Hansom and the Operonicon's will be providing entertainment.
Imagine you have time travelled from another time, place or dimension, and come along suitably attired. There will be prizes on the night for the best costumes and gadgets.

Get your tickets now!! 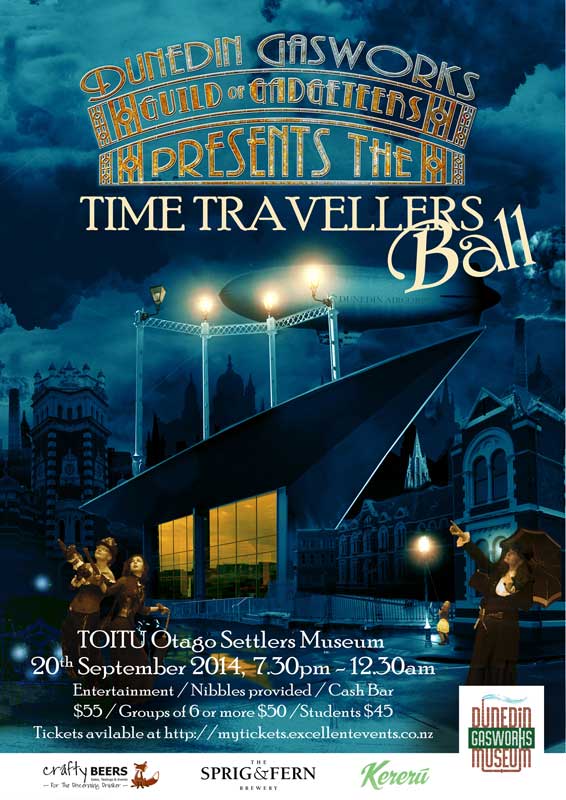 Get your tickets online at the ExcellentEvents Ticketing Website